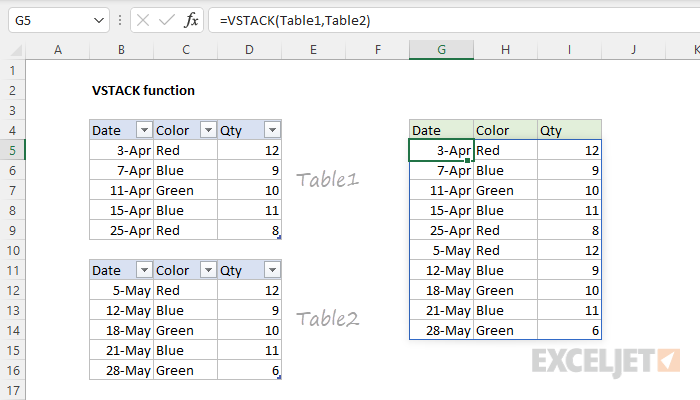 A single combined range or array

The Excel VSTACK function combines arrays vertically into a single array. Each subsequent array is appended to the bottom of the previous array. The result from VSTACK is a single array that spills onto the worksheet into multiple cells.

VSTACK works equally well for ranges on a worksheet or in-memory arrays created by a formula. The output from VSTACK is fully dynamic. If data in the given arrays changes, the result from VSTACK will immediately update. VSTACK works well with Excel Tables, as seen in the worksheet above, since Excel Tables automatically expand when new data is added.

VSTACK stacks ranges or arrays vertically. In the example below, the range B3:B5 is combined with the range B8:B9. Each subsequent range/array is appended to the bottom of the previous range/array. The formula in D3 is: 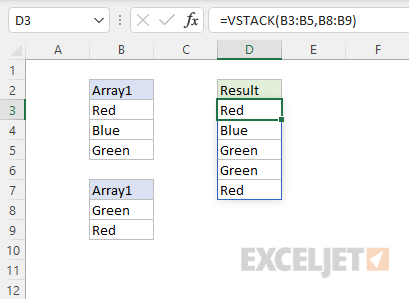 VSTACK can work interchangeably with both arrays and ranges. In the worksheet below, we combine the array constant {"Color","Qty"} with the range B3:C7. The formula in E3 is: 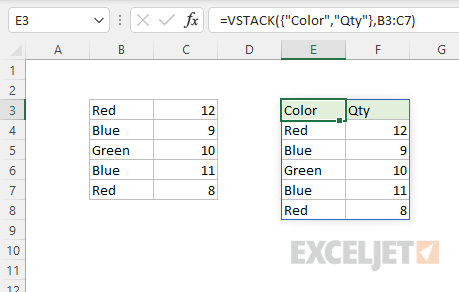 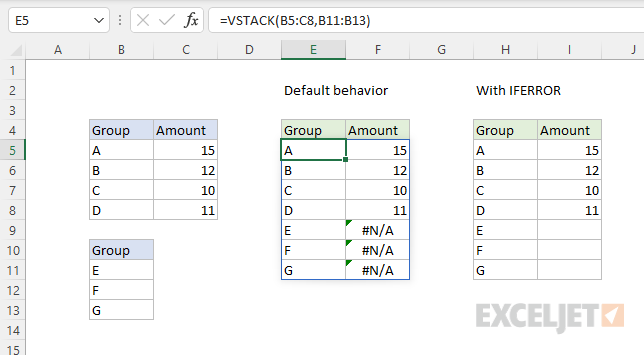 By default, the cells used for padding will display the #N/A error. One option for trapping these errors is to use the IFERROR function. The formula in H5 is:

No matter how much you try learn and grasp... Excel and its formulas are endless. I would like to thank you for helping me whenever i forget something.
Sushant
END_OF_DOCUMENT_TOKEN_TO_BE_REPLACED