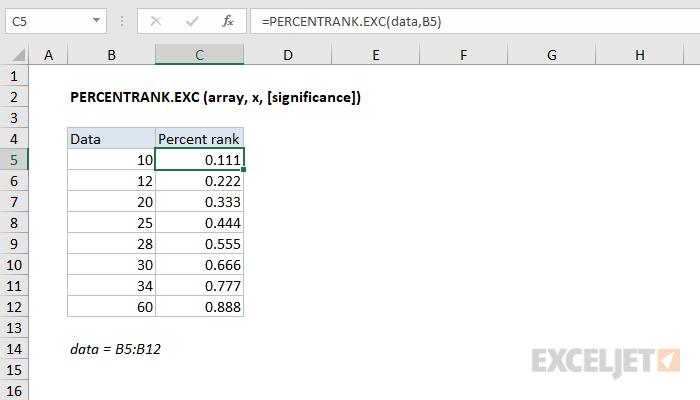 The Excel PERCENTRANK.EXC function returns the relative rank of a value in a data set as a percentage representing how many values are less than or equal to the value. Percentile rank is commonly used as a way to interpret standing in standardized tests.

Calculated rank as a decimal value

The Excel PERCENTRANK.INC returns the relative standing of a value within a data set as a percentage. For example, a test score greater than or equal to 80% of all test scores is said to be at the 80th percentile.

When x does not exist within the array, the function interpolates a value between data points. For example, when the x value of 4.00 is passed as an argument to the function, the percentage is interpolated to the value 44.4%, which lies between the percent rank of 3.3 and 4.56 which are 37.5% and 50.0% respectively. 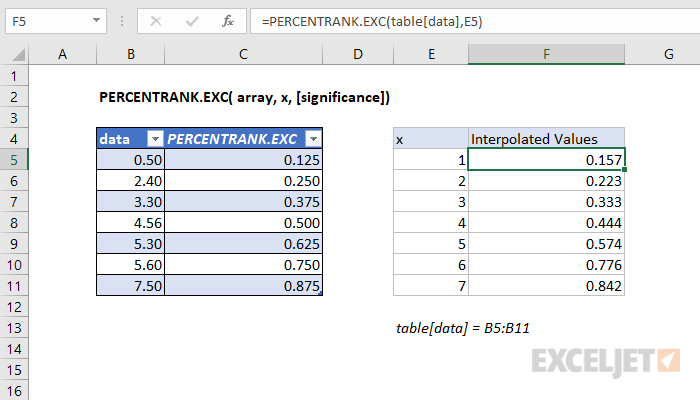 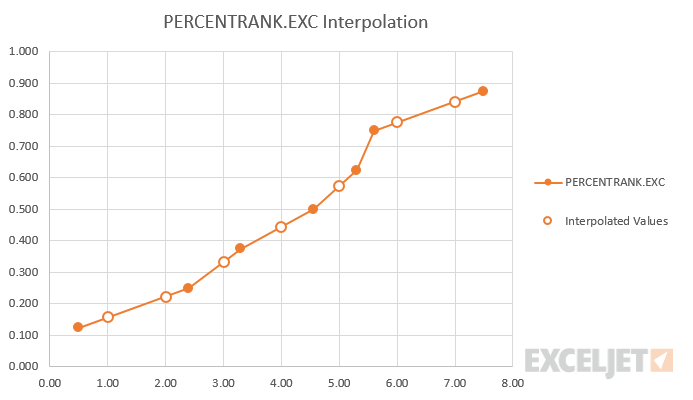 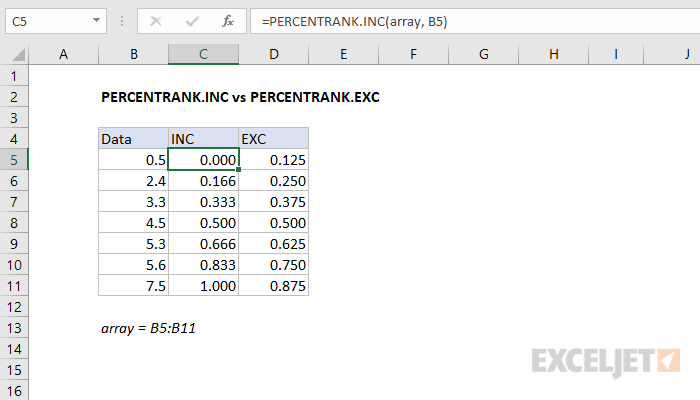 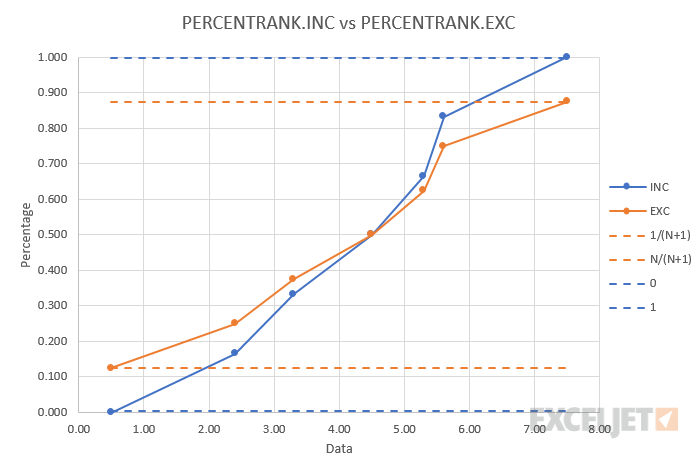 Just a big thanks! You were the first that were able to explain Index and Match in a practical, straightforward, non-excel guru oriented way!
Jacques
END_OF_DOCUMENT_TOKEN_TO_BE_REPLACED