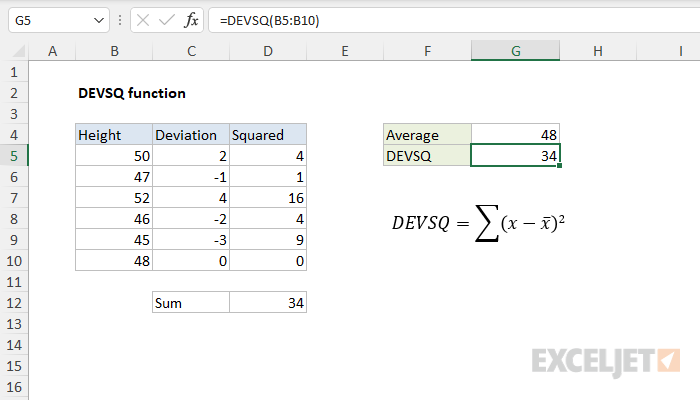 The DEVSQ function takes multiple arguments in the form number1, number2, number3, etc. up to 255 total. Arguments can be a hardcoded constant, a cell reference, or a range. A single range or array can be provided instead of multiple arguments.

The Excel VAR function estimates the variance of a sample of data. If data represents the entire population, use the VARP function or the newer VAR.P function. VAR ignores text values and logicals in references.

I would like to sincere thank you both for the effort put in ExcelJet. The Excel Topics shared are by far the most simplest and helpful. -Joe