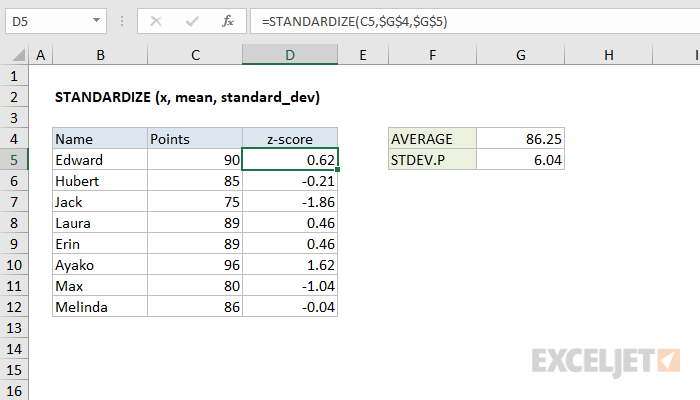 The Excel STANDARDIZE function returns a normalized value (z-score) based on the mean and standard deviation.

To calculate a z-score, you need to calculate the mean and standard deviation. The formulas in G4 and G5 are, respectively:

If you'd like to learn more z-scores, and statistical analysis in Excel, I recommend Joseph Schmuller's book Statistical Analysis with Excel For Dummies