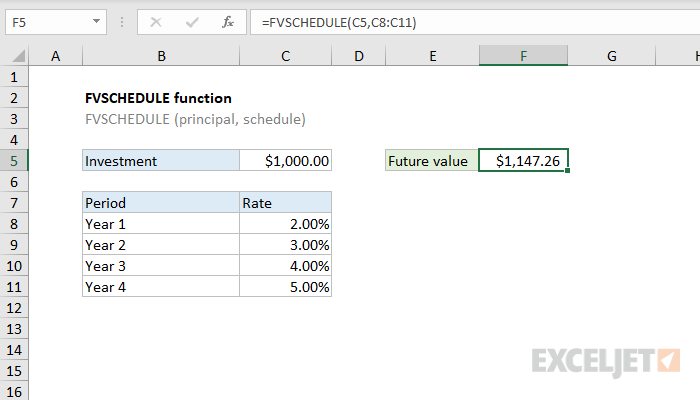 By contrast, the FV function can also be used to find the future value of a sum based on a given interest rate, it can't handle different rates in different periods.

In the example shown, an initial sum of $1000 is invested for 4 years. In each year, the rate is different as shown below:

In the example, the rates are entered in the range C8:C11. The formula in F5 is:

The values in schedule can be provided as a range of cells (per the example) or an array constant. For example, the formula below provides the principal as C5, but rates are hardcoded into an array constant:

Just a big thanks! You were the first that were able to explain Index and Match in a practical, straightforward, non-excel guru oriented way!
Jacques
END_OF_DOCUMENT_TOKEN_TO_BE_REPLACED