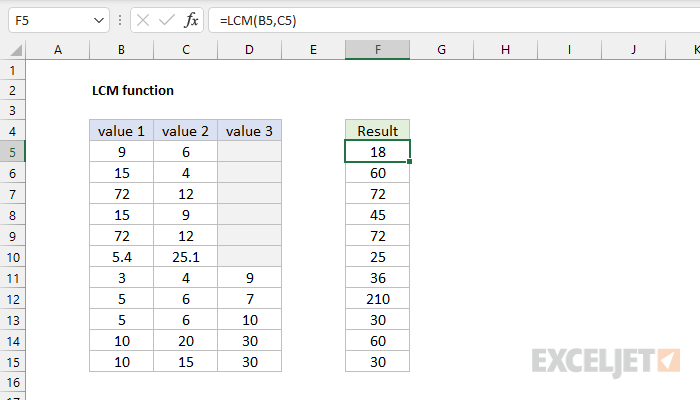 The LCM function takes one or more arguments called number1, number2, number3, etc. All numeric values are expected to be integers. Numbers with decimal values will be truncated to integers before a result is calculated. Each argument can be a hardcoded constant, a cell reference, or a range that contains multiple values. The LCM function can accept up to 255 arguments total.

In the example worksheet shown above, we are using two slightly different formulas to calculate the lowest common multiple. The first formula provides two separate cell references, and the second formula uses a single range that contains three values. In rows, 5 to 10, there are two values in columns B and C, and the formula in F5:F10 (copied down) is: