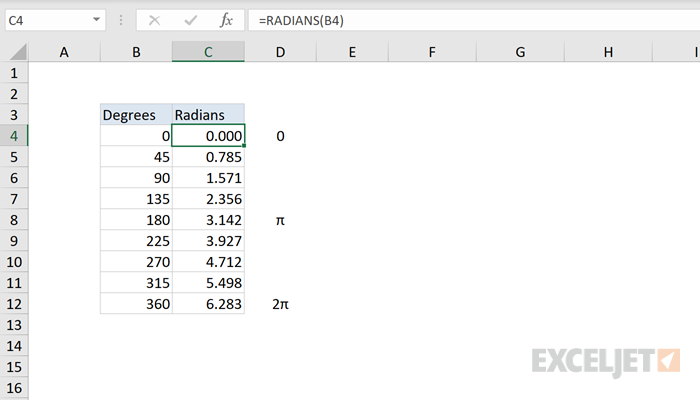 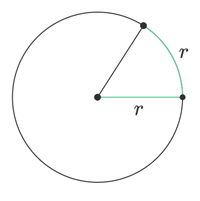 The value for a full rotation in radians can be calculated by dividing the circumference of any circle by its radius. See wumbo.net for a more detailed explanation of radians and other math concepts.

The PI or RADIANS function can be used to measure equivalent angles in the degrees and radians systems. The geometric constant π, whose value is returned from the PI function, represents a half-rotation in radians. Some common angles are shown below in the formulas:

I want to thank you for all of the assistance that you have given me in the past, I truly appreciate it. I inform everyone at my place of work about your website, as I find it perhaps one of the best to understand. -Shane