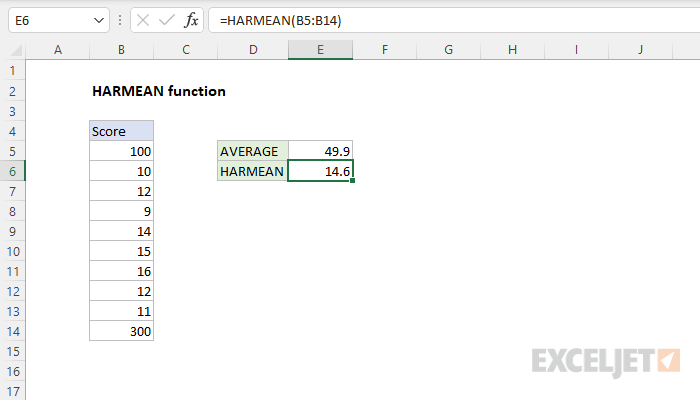 The HARMEAN function takes multiple arguments in the form number1, number2, number3, etc. up to 255 total. Arguments can be a hardcoded constant, a cell reference, or a range. Often, a single range or array is used instead of multiple arguments, as seen in the example worksheet.

In the example shown, the formulas in E5 and E6 are, respectively:

Note that harmonic mean reduces the impact of the larger outliers in the data set.

Just a big thanks! You were the first that were able to explain Index and Match in a practical, straightforward, non-excel guru oriented way!
Jacques
END_OF_DOCUMENT_TOKEN_TO_BE_REPLACED