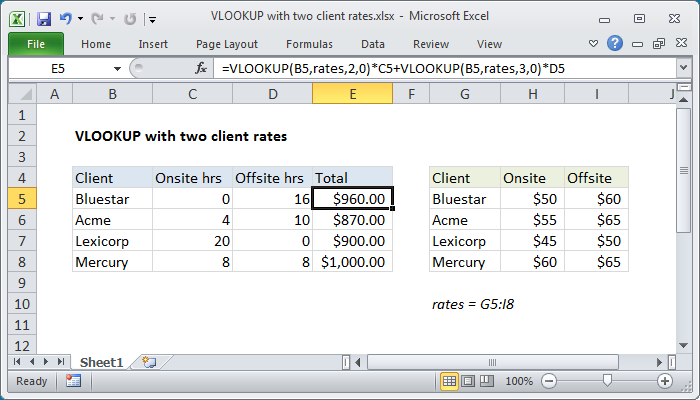 To lookup two different rates for the same client, and calculate a final charge, you can use a formula based on two VLOOKUP functions.

In the example shown, the formula in E5 is:

This formula is composed of two lookups for the same client. The first lookup finds the onsite rate for the client in column B and multiplies the result by the number of hours in column C:

The second lookup finds the offsite rate for same client and multiplies the result by the number of hours in column D:

In the final step the two results are added together:

I want to thank you for your posting of "Split dimensions into three parts" on your web site. You have saved our company many hours of PITA work. Our calculations of cubic inches are a slam dunk now! -Doug