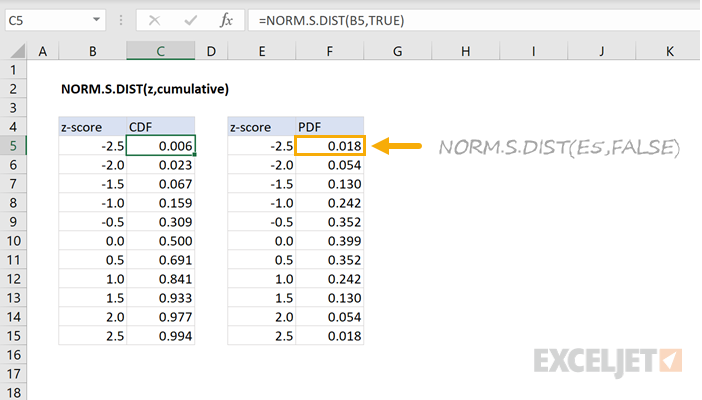 NORM.S.DIST expects standardized input in the form of a z-score value. A z-score value represents how far a value is from the mean of a distribution in terms of the standard deviation of the distribution. To calculate the z-score, subtract the mean from the value and then divide by the standard deviation or use the STANDARDIZE function as shown in the two formulas below: 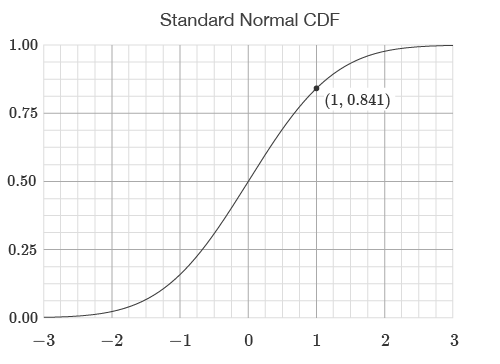 Note: Historically, due to the complexity of computing values on and areas below the normal PDF, a standardized version was created to make looking up pre-computed values in a table easier.

Calculating Probability Below a Threshold

To calculate the probability of an event occurring below the z-score value b the formula would be:

Calculating Probability Above a Threshold

To calculate the probability of an event occurring above the z-score value a the formula would be:

To calculate the probability of an event occurring above a and below b, where b is greater than a, the formula is:

When the cumulative flag is set to 0 or FALSE, the functions return the respective points along the distributions. 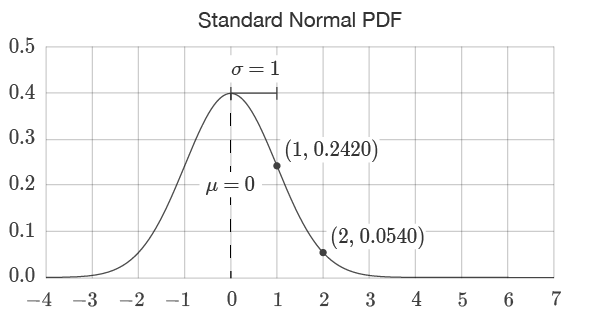 When the cumulative flag is set to TRUE and the input to NORM.S.DIST is standardized (discussed above), the output of the two functions is the same. 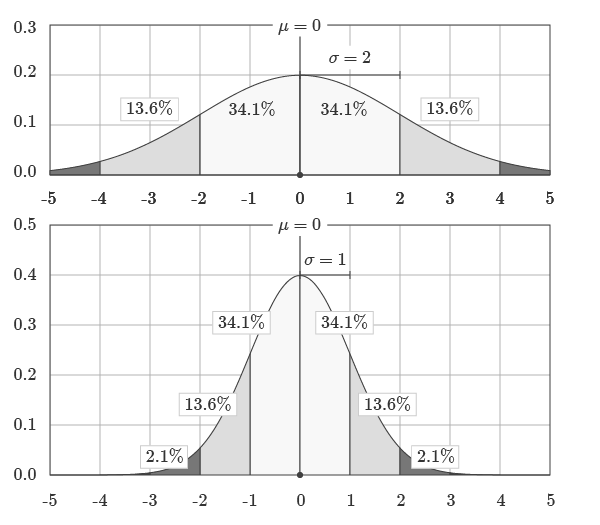 Your videos and graphics are better than anything out there. -Frank